a month ago by 9to5Software Staff — 2 min read

How to Install LUTs in Premiere Pro? – 2 Methods

In this tutorial, we’ll learn 2 ways you can install LUTs in your Premiere Pro projects and save yourself countless hours doing the same color correction and grading over and over.

This topic is also extensively covered in our Premiere Pro Motion Graphics Guide. You may also want to give it a read.

How do I import LUTs into Premiere Pro 2022?

The easiest and most permanent way to install LUTs is to directly drag and drop them into the relevant folder. This might slightly differ depending on where you originally installed Premiere Pro, but for most people, it’ll be the following;

Premiere Pro also lets you install LUTs directly from the Lumetri Panel without ever leaving the application. But it’s not permanent and you will need to install the LUT every time you close Premiere Pro. We suggest using the first method if you’ll need the same LUT in other projects.

To install LUTs this way;

What are LUTs in Premiere Pro?

LUT in video editing stands for Look Up Table. They are pieces of code stored in a file that allows filmmakers, video editors, and color grading professionals to store their color settings and immediately apply when needed with a click of a button.

Should I use LUTs?

We strongly recommend using LUTs if your job requires color grading and correction. LUTs will save you considerable time when you need to instantly apply the same color effects to different projects.

Once you install them, your custom Look Up Tables or LUTs will show up in the Lumetri control panel.

LUTs not showing up in Premiere Pro.

As we mentioned above, LUTs are stored inside the creative section of your Lumetri control panel. By default Premiere, Pro will display the Basic Correction section. So it would be best if you switched to the correct menu to see your custom LUTs.

Another reason could be the corrupt LUT file. It is possible that you might have downloaded a broken file or an internet problem during download might have corrupted your LUT. We recommend redownloading the same file if you suspect that could be the case.

Also, make sure you haven’t accidentally downloaded a virus. It’s tempting to just search for cinematic LUTs on Google and download whatever free files we might find. Unfortunately, some of them are out there to get you instead of providing the color correction settings you’re looking for.

One last thing that might have gone wrong is, placing your LUT files inside the wrong folder. Please double-check that it’s not the case.

How to Color Grade in Premiere Pro?

How to Make Text Fade in Premiere Pro? 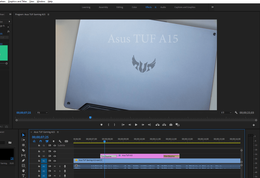